Dallas, TX, February 23, 2018 –(PR.com)– JNT Developers, a leading Dallas-based roofing company, announces that they are officially accepting Bitcoin for all roofing and contracting services. Founded in 2008, JNT Developers has been a pioneer in innovation since the company’s inception. Joining the Bitcoin community made sense for JNT Developers team to consistently be on the cutting edge of technology.

Having served the greater Dallas community for more than 10 years, JNT Developers is one of the Dallas and Fort Worth’s most respected and trusted residential and commercial roofers and general contractors by serving Dallas and Fort Worth Texas with an unwavering commitment to excellence and client satisfaction. JNT Developers proudly employs the highest skilled contractors, project managers and insurance specialists in the industry.

Year after year, JNT Developers has received "best of" awards from Coty, Nara, Best of the Best, Merchant Circle’s and Angie’s List just to name a few. JNT Developers has also earned the distinction of a BBB A+ Rating and fantastic reviews on Google, Facebook, Houzz, and many more. JNT even has 5-star reviews on Glassdoor and Indeed from employees. To learn more about JNT Developers visit them online at https://www.jntdevelopers.com/ or call 972-885-5053.

The announcement of JNT Developers accepting Bitcoin is part of an ongoing effort to position the growing company as a pioneer in the Dallas & Fort Worth Texas roofing and contracting industry.

JNT Developers made the decision to begin accepting Bitcoin, not only because they are a leader in innovation, but also to better meet the needs of their customers. As more and more consumers begin to use the cryptocurrency, companies are recognizing the need to adapt to users and new technologies in business.

As one of the first roofing contractors in the US to begin accepting Bitcoin, JNT Developers will stay one of the premier leaders of cutting edge technology.

To learn more about JNT Developers visit them online at https://www.jntdevelopers.com/ or call 972-752-0577.

Relay2 Inc Gets Listed on THE OCMX™ 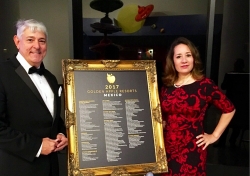