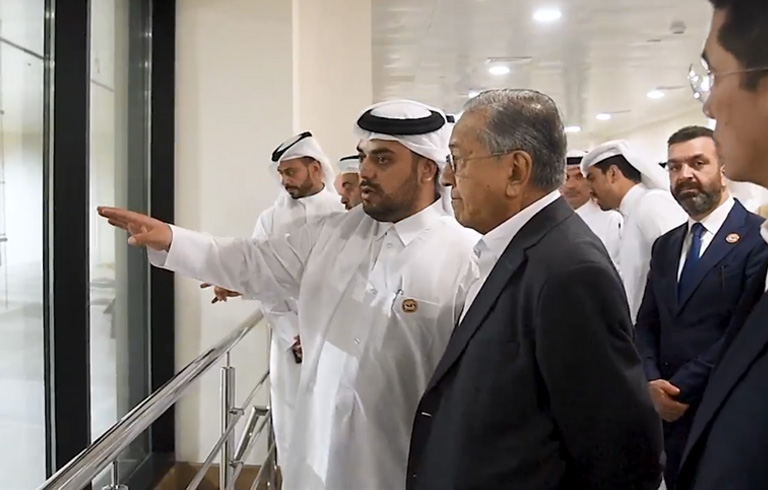 DOHA, QATAR, December 18, 2019 /24-7PressRelease/ — Dr Mohamed was received by HE the Minister of Commerce and Industry, Ali bin Ahmed al-Kuwari as well as top officials of BFI.

Earlier this year, BFI had signed a memorandum of understanding (MoU) with FELCRA Berhad, the government-owned company of Malaysia.

According to the MoU, BFI will share its expertise to help FELCRA Berhad build a large-scale dairy project to double Malaysia’s fresh milk production in the next two years. This initiative is in line with Baladna’s expansion plans and Malaysia’s National Food Security Programme.

During the prime minister’s visit, he toured the state-of-the-art facilities and held discussions on the strategic plans the flagship brand had put in place for their recent MoU with FELCRA Berhad.

On the visit, Mohammed Moutaz al-Khayyat said, ‘We are honoured to have Dr Mahathir Mohamed visit Baladna. The recent partnership with Malaysia symbolises the company’s success. We have invested in the best people, technology, and practices, which has allowed us to gain international recognition, while showcasing Qatar’s resilience and capabilities of expanding its global footprint.

BFI has begun exporting products to countries around the region including, Yemen, Afghanistan, Iraq and Oman, while eyeing potential markets in Libya, Kuwait, Jordan, Mauritania.

Baladna is a trusted milk, dairy, juice and food brand in Qatar, Driven by excellence and the highest quality standards, Baladna is located north of the city of Doha and spreads over an area of 2.4 million sqm, with a capacity to house 24,000 cows. Baladna provides a comfortable and well-conditioned environment for the cows, allowing them to reach their production capacity comfortably.

Happy Loan Corp. Gets Listed on THE OCMX™